What happens when you generate a report using the Management Reporter application in Dynamics GP? Where are your reports going?

Yep, they're all saved—which can be a good or bad thing.

So what's really happening behind the scenes?

Folders
You store reports into folders, very similar to what you can do with report designer. But these folders, rather than being stored on a network file share are housed in the Management Reporter database located on your SQL server. The folder setup is customizable, which allows you to organize those folders into groupings that fit your needs, whether it be by organization, fiscal time frame, financial report types, etc.

It can also be used as a repository of historical reports. The system is defaulted with a public folder which is created during the installation process. This is the only folder that, without security setup, everyone has access to publish reports and view. Administrator users are the only users with access to everything. Other users (designers, generators and viewers) will need to be given access to the other folders, not only to publish reports but to view reports as well. 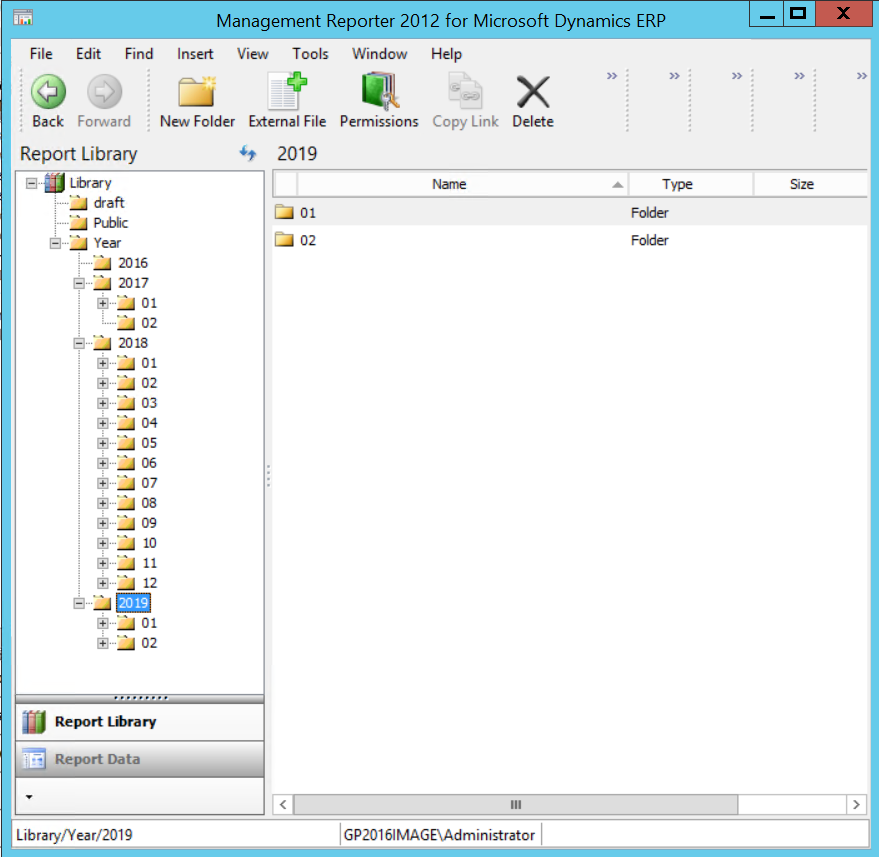 It's worth noting that by default all new reports are setup to save to the root directory of the library. Which can cause permission issues for users setup as designers and generators.

By user, you can change the default library location to save for new reports.

To change the default report, go to tools > options. 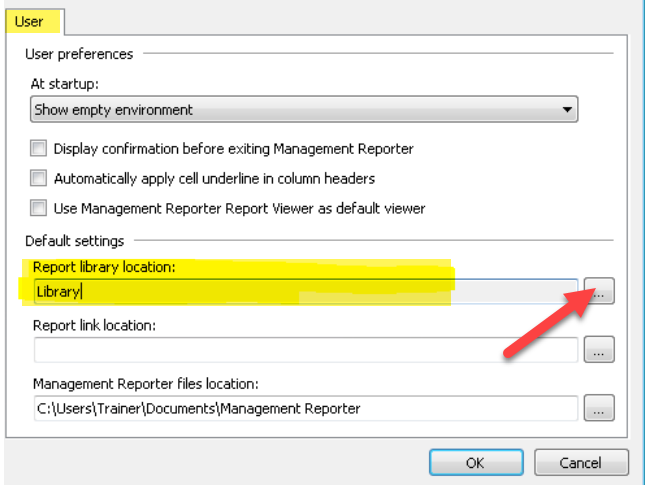 This can be also changed in the report definition output and distribution tab once the report has been created.

Security
Just like your network directory, access to the folders in the Management Reporter database are secured. Designers and generators must be given rights to folders to publish reports. In order for your viewers to access reports they must be given permissions to the folders, or individual reports in those folders. You can pick the actions you’d like your users to be able to perform on those folders. On one end of the spectrum this could be as simple as view only, but on the other you can enable them to create and delete items in folders. This security is added on top of the unit level security that can be set up in the tree.

Versions
Every time you generate a report it goes somewhere. That somewhere is the Management Reporter Library, which is housed in the management reporter database on the SQL server.

The report library stores these versions of your financial reports. Each time it’s generated and placed in the same folder, a new copy gets stored on top of the old version. (For example, if you generate the report five times, you now have five versions of that report in the library.)

The most recent version of a given report is displayed, but you can view, rename, move and delete previous versions as well. That's good, if you want to access multiple versions. But it can be bad if you're fixing formatting errors and developing reports, you now have all the preliminary versions saved. This is where having an organized folder structure to store and manage reports will be a great help. 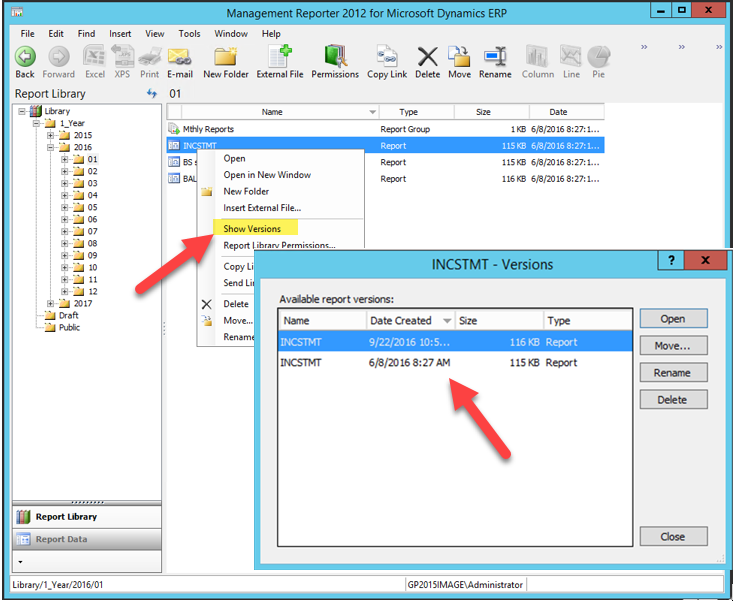 CIOs know they need to move to the cloud.

Sometimes laying the right foundation is everything. That's why when the time comes to choose and implement an ERP solution for your business, the difference between whether you realize its full benefits or not often comes down to a single crucial word: preparation.

For enterprise CFOs, there's no shortage of stressors these days. The list of headwinds includes:
2 minutes

Legacy ERP systems are just not cutting ice anymore. From process and document duplication to standalone, disjointed applications that are disconnected from the ERP — the list of cons is long. Suffice to say that on-premises ERPs just can’t match the pace of a world that’s increasingly becoming data driven and digital.

I think all M3-users would like to be notified when something happens that they really need to act upon. Here is how.

Share ”Management Reporter Library—What is that?  Where is that?” on: