In recent years, we’ve seen incredible technological innovation in the plant-based food industry. Fake meat products have gone from a niche consumer interest to a mainstream one, with the quality of products and their likeness to real meat getting better and better every year.

Why have plant-based alternatives become so popular?

Plant-based meats are starting to hit that “sweet spot” where they’re competitive with the animal-based meat products they’re trying to replace. They offer the same (if not more) in terms of taste, price and accessibility.

And there’s another crucial difference to today’s meatless meat products. Traditionally, veggie burgers were aimed mostly at vegetarians. Nowadays, an alternative meat like the Impossible Burger is being made to taste like meat, be marketed to meat-eating customers and replace some of those consumers’ meat purchases.

With daily meat consumption in the UK falling by 17% in the last decade, it’s no surprise the quality of plant-based alternatives continues to increase.

They create opportunities for growth

Plant-based products can create real opportunities for growth in the food industry: 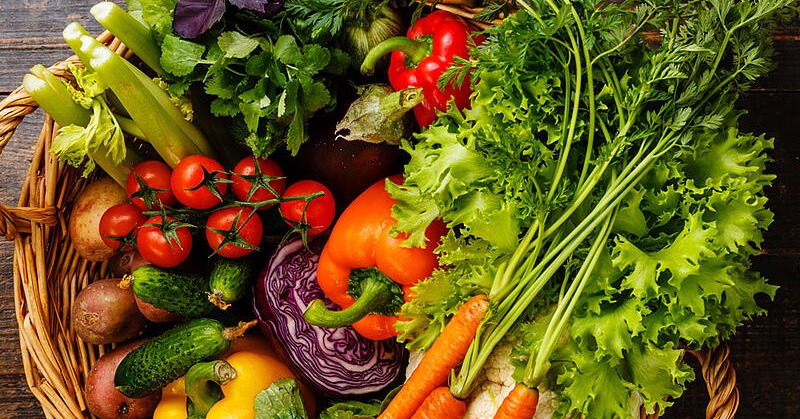 These stats confirm what the food sector already knows – the plant-based food trend is here to stay. For independent food business that might still be unsure whether the plant-based trend is for them, you can take some inspiration from Croots Farm Shop.

Around two years ago, the UK-based shop began increasing its vegan range of products to include non-meat sausages. Since the launch, sales have been up by 117% year-on-year. “I can’t make them fast enough,” owner Steve Croot told Speciality Food. “Sometimes they almost fly out of the freezer or off the shelves. I think we might have to invest in a bigger sausage machine so that I can keep up with demand because the vegan sausages are especially popular.” 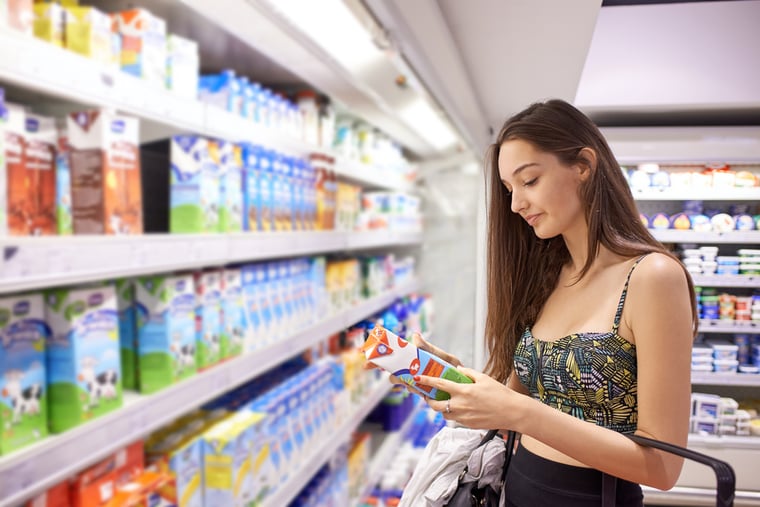 They’re better for the environment

The environmental benefits of plant-based meats cannot be understated. According to the United Nations, the meat industry is the biggest source of greenhouse gas emissions (GHG) in the world.

By shifting some of this land away from meat production and dedicating it to plant-based foods, it would allow large parts of the planet to recover from resource extraction. Plus, it would reduce the amount of crop land needed to feed the planet and allow farmers to grow crops that regenerate landscapes. 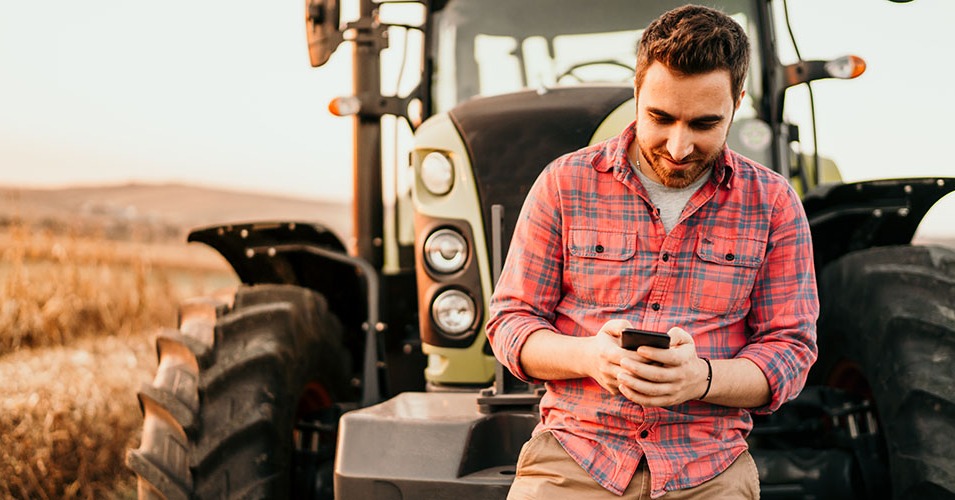 First launched in the UK back in 1985, Quorn has been the pioneers for vegetarian alternatives to meat. In recent years, they’ve been moving closer to the realistic meat substitutes aimed at meat-eaters by collaborating with some of the biggest brands in the food industry.

For example, their vegan sausage roll helped Greggs record £1billion in sales for the first time. Off the back of this success, Greggs was able to reward their employees with a £7 million special bonus. And there’s also the award-winning Vegan Smoky Ham & CheeZe Toastie with Costa Coffee, which is available across 800 outlets in the UK.

In a recent press release, Peter Harrison, Chief Commercial Officer of Quorn Foods said: “We are helping consumers to enjoy delicious meat free foods in the high street and the consumer response and subsequent sales across the likes of KFC, Greggs and Costa proves that we are doing something right.”

Quorn has also made big strides in their own operations by recently investing in a new £150 million factory in Billingham, England. This has helped double their production capacity and create the world’s biggest ‘meat alternative’ factory. The company recorded a 2.9% rise in revenues in 2020 to £236.2m, continuing a long-term growth period.

Meatless Farm Co. is another sustainable, plant-based food company that was founded in the UK but now has a presence in several global markets, including the US, Hong Kong and Sweden.

The company recorded an impressive 92% increase in global retail sales at the start of 2021 compared to the same period last year, making Veganuary 2021 their most successful month since launching back in 2018.

Morten Toft Bech, founder of Meatless Farm, said that it was clear consumers are looking to incorporate more plant-based eating at the moment. “We know that these ‘meat-reducing’ consumers in particular want ease, access, convenience and most importantly taste and nutrition which is why we are constantly innovating with new products, twists on existing products and improvements to our recipes,” said Bech.

“Broadening our retail partnerships and working with leading food chains helps to ensure that plant-based options are easily accessible in as many places as possible and tempts more people to give them a go.”

Established in 2018, Novameat is a food tech start-up based in Barcelona, Spain, that works with plant-based foods, including plant-based meat substitutes. Recently, the company revealed it had developed the world’s first 3D printed plant-based beef steak with the appearance and texture of a whole beef muscle cut.

Then, in December 2021, Novameat was one of the European companies chosen by the European Commission to receive part of the largest-ever funding round from the European Innovation Council Accelerator. Novameat will put the $2 million grant towards scaling up their production capabilities and accelerating the launch of their plant-based whole cut products to market.

Speaking on the invention of plant-based steak, Giuseppe Scionti, CEO of Novameat, said the company wanted to show consumers there are “no limits” to how we can consume food. “With our technology, we are able to create whole cuts and hybrid alternative meat products with a variety of ingredients,” said Scionti.

Continued advances in genetic engineering and plant-based innovation will further enhance the taste, flavour and healthiness of meatless products to incentivise consumers to buy.

And to keep ahead of the competition, you’ll need your business setup in the right way. This means having the right technology in place but it can also mean having the right business model, processes or product marketing strategy.

In our latest food report, we help you understand the latest food trends and look towards the future. You’ll learn:

These are testing times for the food and drink industry, with UK food prices hitting 13.3% in December 2022, the highest since 2005 when records began. With several factors in play, not least the rising cost of energy, raw materials and transport, alongside geopolitical uncertainty, recruitment gaps and the onset of a recession, supply chain issues continue to hinder progress for many food businesses.

2022 saw several food industry trends emerge, from the rise of plant-based diets to increased sustainable initiatives highlighted by COP27 in November last year. So, what does the future have in store for the food and beverage industry in 2023? In this blog post, we’ll be covering some of the top trends, from the up and coming technology in the food and beverage industry to what today’s consumers expect:

The use of automation in the food industry has increased in recent years, allowing businesses to gain full visibility of their supply chain, protect workers from serious injury and reduce labour costs. With this in mind, it’s no surprise to hear that 62% of surveyed manufacturers plan to implement robotics and automation in 2023.

Over the past couple of years, we’ve seen sustainability becoming a hotter topic than ever before, with more consumers supporting food businesses who adopt an ethical mindset. However, with instability throughout the food supply chain caused by the recent energy crisis, how can you become more sustainable whilst minimising costs? In this episode of ColumbusCast, I’m joined by Andrew Newton, Food Consultant at Columbus, and special guest Jim Laird, CEO of ENOUGH Food, to discuss how food manufacturers can become develop better sustainable practices.

Share ”Cut the bull: How meatless meat broke into the mainstream” on: